Pedestrian Struck in Crosswalk
Monday night as I drove home after dropping off the carpool I was stopped at a read light.  I saw 2 girls crossing in the crosswalk and I watched in shock as a blue car drove into one of the girls, tossing her body like a rag doll as her head seemed to hit the windshield before she was thrown to the pavement where she lay.  All of this was about 15ft from where I sat in my car.  Her friend had fortunately noticed at the last second, shouted out and taken a step back.  I called 911 (accidentally hanging up on them in the process), asked for an ambulance, put my winter vest from my car's trunk over the victim, and got down on the rain soaked road in my dress shirt/pants to hold her head and neck steady for the 10 minutes or so it took for help to arrive. 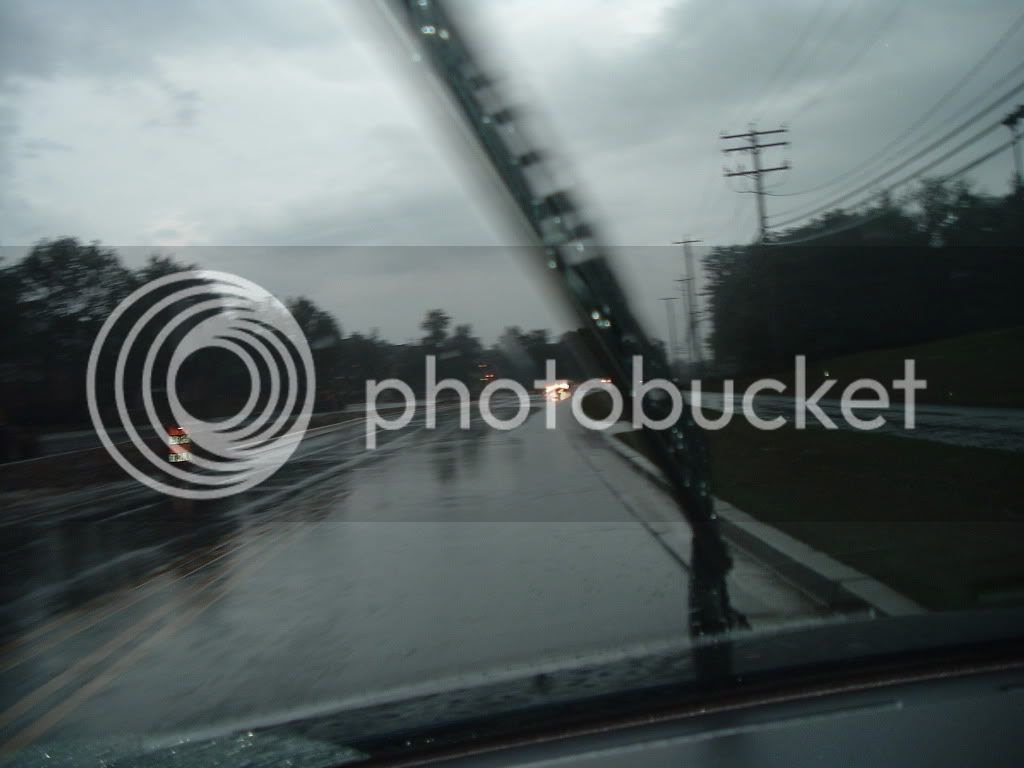 Poor Visibility during the "rainy season"
It had been raining pretty much constantly for a week, and rush hour that evening was no exception.  Rain covered everyone's car windows, and the weary windshield wipers worked tirelessly to push it aside. The glaring traffic lights, street lights, head lights, and illuminated signs for the businesses at the corner all refracted through the drops making visibility absolutely pathetic.  Not only did I have sympathy for this 17 year old girl who lay shivering on the road under a pile of strangers' jackets, I had sympathy for the driver who apparently hadn't seen the girl and (as if in slow motion in my mind) ran into her with the car.  In the lower mainland of BC, we have some of the most ridiculously poor driving conditions.  I don't need to exaggerate at all about it raining every day for a week straight.  In fact when we were looking at houses before moving here, it had rained 21 days straight.

With the roads wet, they seem to simply suck up the light (or reflect it into your eyes).  There is a lot of glare, between the wet roads, the wet windshields, and the lights themselves.  I lament that the cities and municipalities here are still treating "low glare" street lights like a novelty, and not moving en-masse to replace the high glare lights with safer low glare lights that put the light where it belongs; on the street and not in your eyes.  At any rate, its hard for drivers to see pedestrians, and it is easy even for a cautious driver to miss a pedestrian in the shadows.
In addition to the glare, and the rain, and the light sucking wet streets, it is DARK here.  Not only do we have the sunsetting earlier this time of year.  Today the sun set at 4:16 PM according to "Weather Underground" (a fabulous weather website) 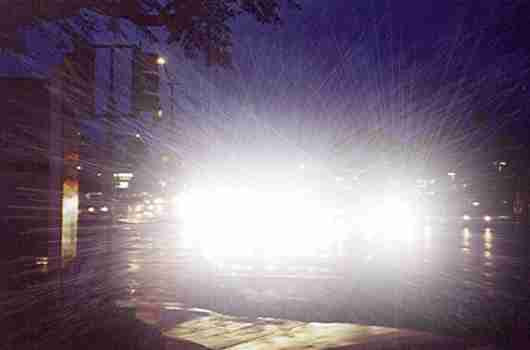 Most pedestrians (and I am one too) seem to be pretty clueless, at least judging by what they typically wear.  They think that motorists in cars travelling 50 KM/H down a road in the rain, with glaring headlights shining in their eyes can see a person in a black jacket, black pants and black shoes.  The other day I saw a guy dressed head to toe in black (it was cold) jogging on the road (not the sidewalk) towards traffic. Cmon people, give yourself a fighting chance.  Oh, and remember when you were kids and there were those halloween safety rules about wearing light colours so you would be more visible?... well.  In the late fall and winter in BC, your light colours really aren't going to save your bacon.  I mean certainly white and yellow are better choices than brown and black, but in the dark with the rain and glare, you are still really hard to see.


I'm not really talking about the careless people here, like the 3 boys in dark clothing riding long-boards down the road the other day or other people being foolish and darting out in front of traffic.  I'm talking about regular pedestrians, the kind who walk in crosswalks, or cross at the corner, or the cyclists who are riding along the road minding their own business.  This is for "normal" people.

Wear Reflective Clothing
The only thing I've seen that works is REFLECTIVE material.  You know the kind you find on quality cycling jackets, or that crossing guards wear, or that you see on fire-fighters' uniforms.  That is the ONLY thing that makes pedestrians visible in really bad visibility.  And for bikes, which move faster and are in places you wouldn't expect a "pedestrian" to be.  Lights are necessary.  Blinking lights, bright lights.  Those pathetic little reflectors on your pedal aren't going to get noticed against the glare of on-coming traffic's headlights.  I recommend getting yourself a REAL "Rear Bike Light" like the one from planet bike, which "strobes" a 1 Watt LED as well as blinking normally.

ICBC the local government insurance company says;
"With 2,700 pedestrians injured and 71 fatalities every year in B.C. as a result of a crash, ICBC is also reminding pedestrians to remember some key road safety tips"